The Project Paludi-PRIMA started in May 2019 to test and investigate the cultivation of cattail and reed over three years. The establishment of a Typha pilot site (~10 ha) in September 2019 was a milestone for the implementation of paludiculture. Valuable experiences on planning and permitting processes, site preparation, and planting was gained as well as on water management and stand establishment during the first vegetation period in 2020. In addition, further tests and investigations take place on the pilot site and it is available as a demonstration site for interested visitors.

General information on the cultivation of cattail can be found here (german).

Site conditions and land use

The pilot site is located in the river valley of the Teterower Peene. The fen peatland has a peat layer of up to 4 – 5 m thickness and is drained for agriculture. The grassland vegetation is dominated by reed canary grass (Phalaris arundinacea), grazed by suckler cows and mown for winter fodder production. The owner (farming enterprise Voigt) provides a partial area of the polder for the project period of three years (2019-2022) to conduct the Typha cultivation trial.

In August and September 2019, construction work was carried out to prepare the area (~10 ha) for rising water levels. The effort was considerably high since we established “a wet island in a drained environment”.

A nursery specialised on aquatic plants raised 25,000 seedlings each of Typha latifolia and Typha angustifolia. These were delivered in mid-September 2019 and planted on an area of ca. 8 ha using two forest planting machines.

Immediately after planting, flooding was carried out by pumping water from the adjacent Teterower Peene into the field.

Testing of seeding had to be postponed due to the delayed establishment of the area (September 2019 instead of June 2019). In June 2020, seeding on the shallowly flooded site was conducted by hand as well as by drone spreading seed pellets (Typha seeds + clay).

Late planting and early frost (October 2019) hampered root formation, leaving plants loose and easy to be washed out of soil with first flooding. Stand establishment was further hampered by late frost in Mai 2020 harming new shoots as well as by birds pulling out plants and eating roots. At the end of first growing season, runners (stolons) starting to close the gaps between the planting rows were observed. Remarkably dense Typha stands had developed on parts of the site due to extensive seed germination.

The first harvest shall take place in winter 2021/22. Cattail biomass can be used for a wide range of applications, e.g. for high-quality construction and insulation materials. 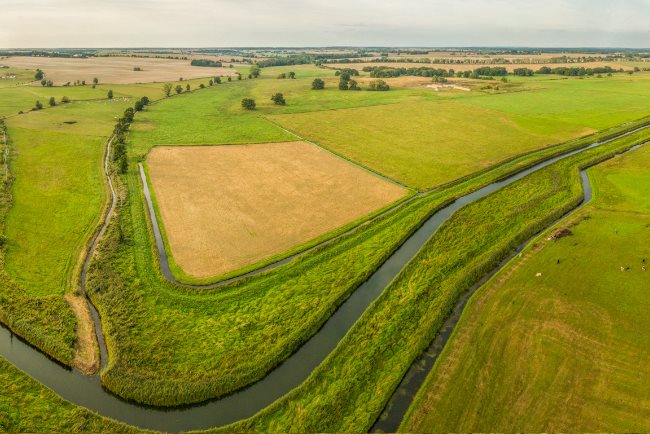 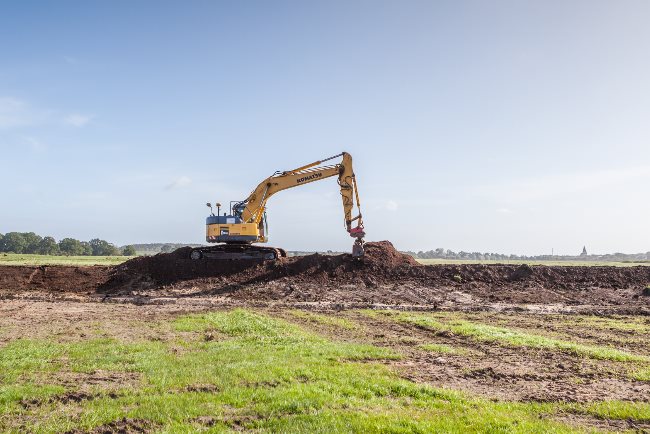 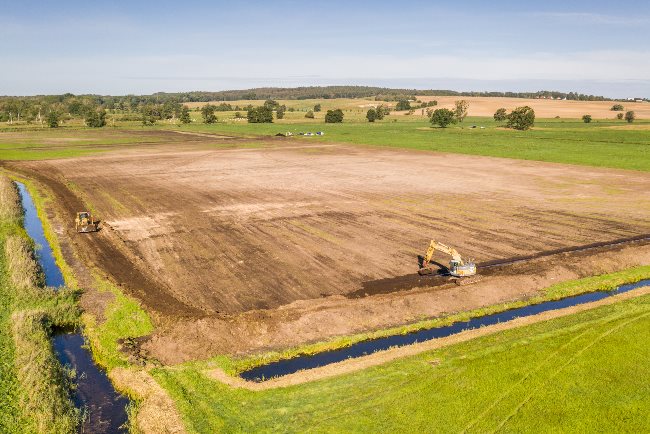 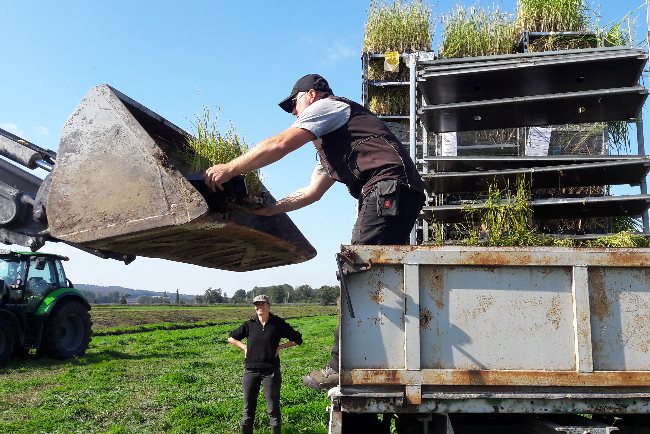 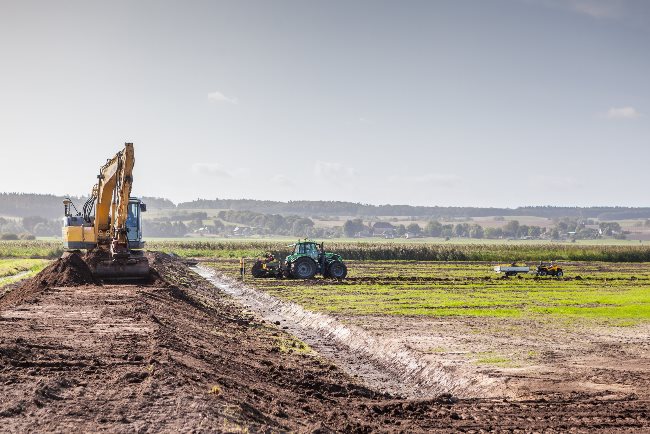 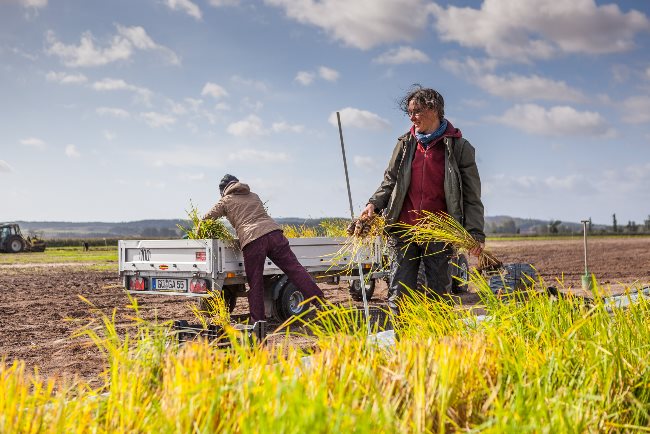 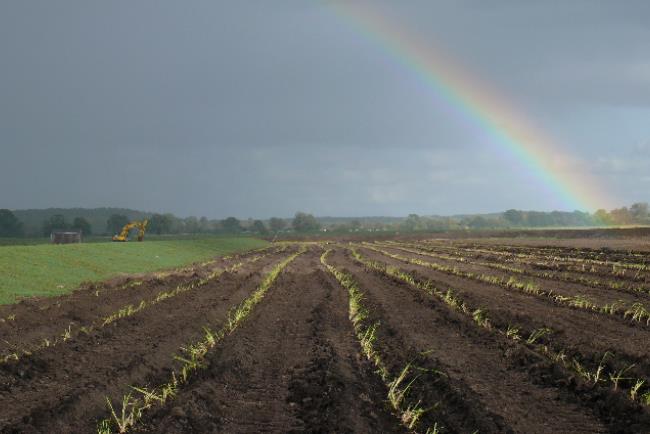 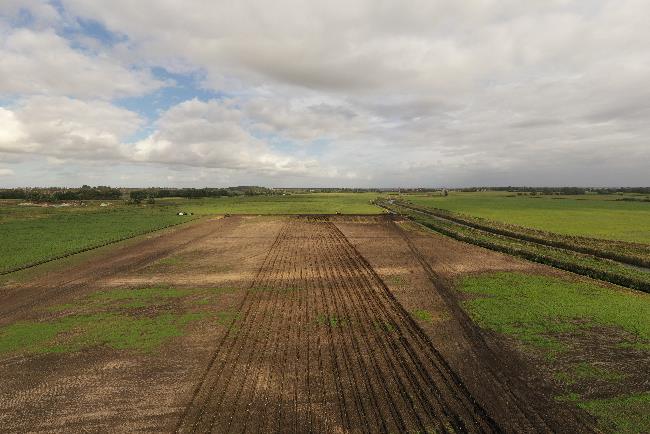 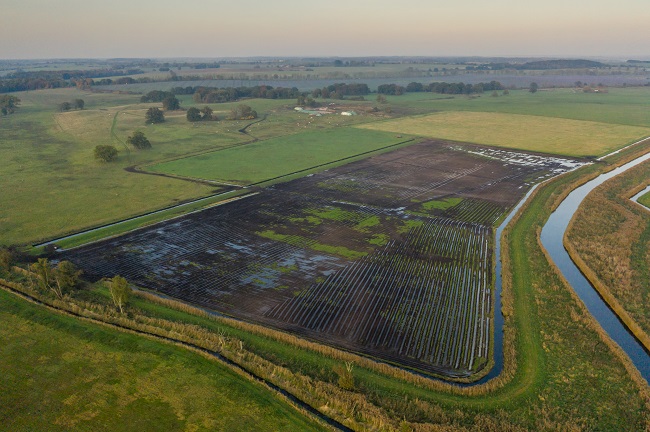 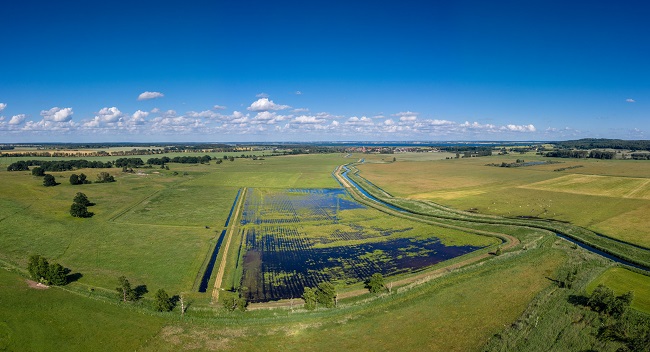 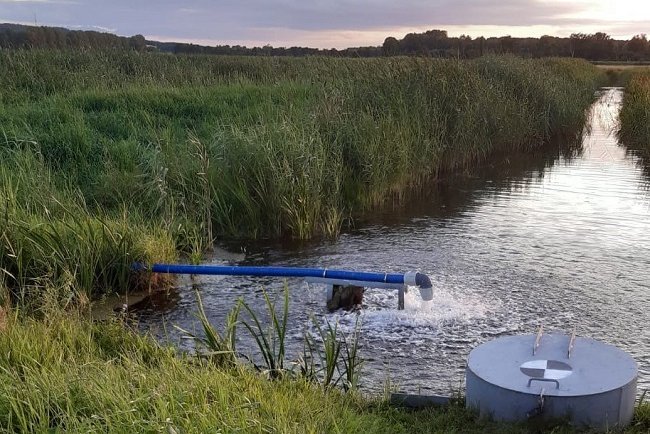 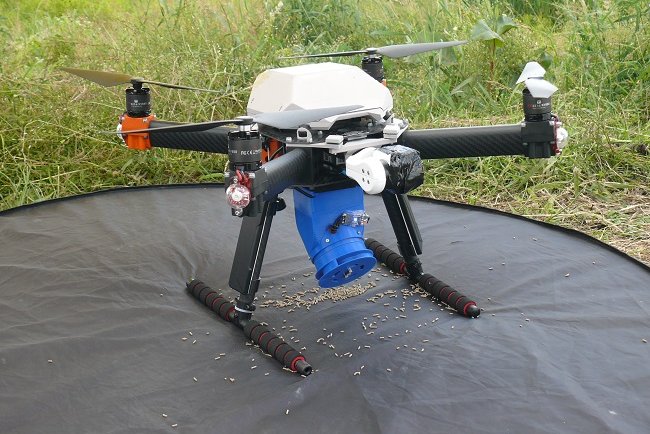